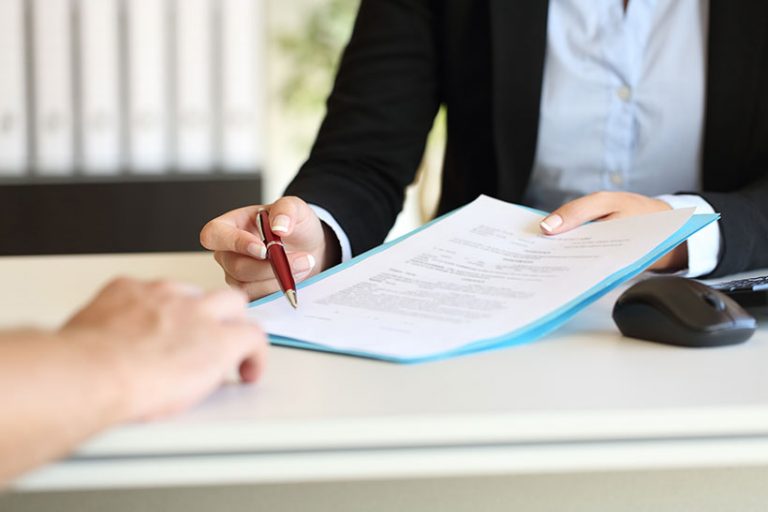 When a person in Georgia thinks they could be in danger due to domestic crimes, including stalking, they may file for a temporary protective order, or TPO. This order prevents the person accused from contacting the alleged victim. This includes direct contact in-person, over the phone or by digital means, and indirectly, such as delivering a message through a mutual friend. Though these orders are, by nature, temporary (lasting 6 to 12 months), they can be made more permanent — up to three years.

There are many restrictions TPOs may enforce against the accused person. In addition to no contact, these can include avoiding a person’s workplace or school, their home and even staying a certain distance away from them — i.e., staying at least 500 feet away.

If you have a TPO in Atlanta placed against you and violate it, or if you want to fight it, you need the assistance of experienced criminal defense attorneys. Alternatively, an experienced attorney can help you file a TPO. The lawyers at Hawkins Spizman & Kilgo have many years of experience representing clients in situations like these. Call us today at (678) 842-4331 for a free consultation.

The Ins and Outs of Temporary Protective Orders in Georgia

In Georgia, there are only two situations in which a person can file for a temporary protective order: domestic violence and stalking (Georgia Code Sections 19-3-3 and 16-5-94). In the case of stalking, the TPO may do any or all of these four things:

In either case, once the petition for the TPO is filed, the person who filed it goes before a judge. They determine the validity of the petition, called an ex parte order. If the person accused (the respondent) lives in the same home as the petitioner, they will be granted some time to gather their belongings before being removed, if it is deemed the respondent will be served with the order. The respondent must stay out of the home, and follow all other orders given in the TPO, until the formal hearing.

At the formal hearing, which is held within 30 days of the ex parte order, the petitioner bears the burden of proof that the respondent committed a domestic crime, and that it will continue unless a permanent protective order is enforced. There is no jury; a judge decides the case alone. They should base their decision on evidence presented. If there is not sufficient evidence, the case will likely be thrown out.

Violating a TPO, either before the formal hearing or after the TPO is made permanent, carries consequences. The violation alone is a misdemeanor, punishable by a fine of up to $1,000 and/or up to 1 year in jail, as stated in Georgia Code Section 16-5-95. However, if you have a TPO against you for stalking and violate said order by stalking the petitioner again, you now have to deal with the charge of stalking, along with violating the TPO.

Obtaining a TPO in Fulton County

Any citizen may apply for a Temporary Protective Order in Fulton County by visiting the Family Division of the Superior Court. The office is located at 136 Pryor Street in Suite C-826. Any person aged 18 years or older who has been the victim of family violence can file a petition. A minor must have someone over the age of 18 file the petition on their behalf.

Once the appropriate petition is filled out, it will be brought before a judge. The Judge will hold an Ex Parte hearing and determine if the TPO shall be issued. If the TPO is granted, the petitioner will have up to 30 days to return to court for a hearing in which the named party will be present. The judge will make a determination to extend or dismiss the emergency TPO.

Obtaining a TPO in DeKalb County

In order to file for a TPO in Dekalb County, a person must contact the Superior Court Clerk’s office. The office can be found at 556 North McDonough Street in Decatur. If someone needs information prior to visiting the clerk’s office, they can phone 404-371-2836.

Obtaining a TPO in Gwinnett County

Any person who is the victim of one or more acts of violence within their family and is not a minor may apply for a TPO in Gwinnett County. A petition can be filed at the Superior County Clerk’s Office during normal business hours. The court is located at 75 Langley Drive in Lawrenceville. A petitioner may also call 770-822-8100 for answers to their questions.

Once the petition is filed and approved by a judge, there will be a second hearing scheduled and held. If the judge makes a determination to extend the protection order, it may remain in effect for a period of 6 to 12 months. A Temporary Protection Order may also be converted to a three year or permanent order at the discretion of the court.

Obtaining a TPO in Cobb County

To obtain a TPO in Cobb County, a petitioner should visit the 4th floor of the Cobb Superior Court South Building. This is the Domestic Violence Office and someone will be able to provide assistance. More information can be obtained by calling 770-528-8024.

Once a petition is filed, an Ex Parte hearing will be held in which a judge will be able to make a determination with regards to approving the emergency order. If approved, the order will be revisited during a second hearing in which both parties will be present. The judge will then determine whether or not the order should be extended or dismissed.

Obtaining a TPO in Forsyth County

If the order is issued, the petitioner and the named party must attend a second hearing. The judge will then make a decision with regards to extending the TPO or dismissing it. This determination will be made after evidence is presented by both parties. More information about TPOs can be obtained by phone at 770-781-2120.

Obtaining a TPO in Cherokee County

A person may apply for a TPO in Cherokee County at the Cherokee Family Violence Center at 100 Hearthstone Landing Drive in Canton. Like in other counties, the petitioner will appear before a judge, who will either approve or deny the petition.

If the TPO is granted at the first hearing, the petitioner will then have to appear in front of a judge during a second hearing. At the second hearing, both parties will be able to present evidence and the judge will decide if the protection order will be extended or dismissed.

If you have been served with a temporary protective order in Atlanta, or have violated a TPO brought against you, you have legal options. Though there is no jury in formal TPO hearings, you do have the right to an attorney. The criminal defense attorneys at Hawkins Spizman & Kilgo can effectively represent you in court, just like we have for many other clients over the years.

If you are unsure how to file for a TPO, or are in an abusive situation you don’t think you can safely escape, our attorneys are here to help. We can help make sure your abuser or stalker can’t come near you without facing the legal consequences of doing so.

Every situation is different. Call us today at (678) 842-4331 for a free initial consultation, during which we will craft a unique plan specifically for your case. Though formal hearings must legally happen within 30 days of the ex parte order, they can happen as soon as 10 days after the order. So don’t wait, because time is of the essence. Call now.