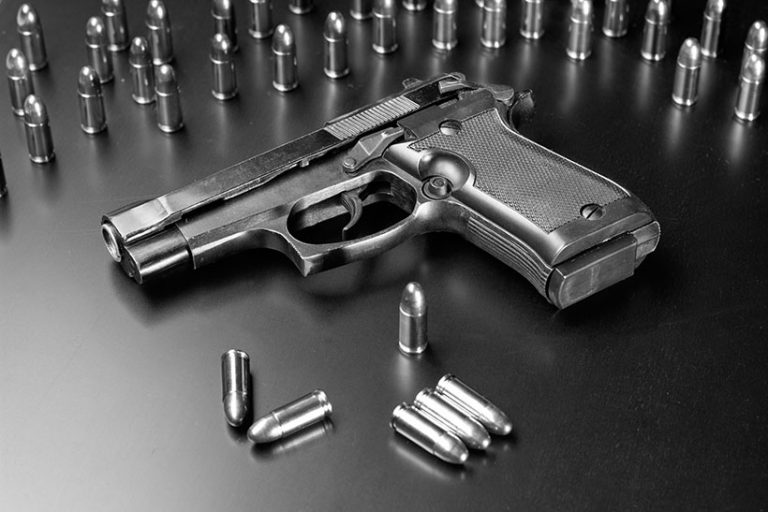 In the past few years, there have been quite a few bills passed in Georgia, allowing for and confirming more rights like open carry. While firearms are used for criminal purposes, for most gun owners in the state, the main concern is when and where they can carry their gun. In addition, one of the most pressing matters is how to get a license, and if you even need one. Yes, violent offenses often make the news, but they are statistically few and far between.

Keeping up with all of Georgia’s gun laws can be confusing — and even intimidating. If you are charged with a gun crime in Atlanta, the best thing you can do is contact an experienced criminal defense attorney to represent you. The lawyers at Kilgo Law have decades of combined experience defending clients who have been accused of a gun crime, wrongfully or not. Trust us to craft a defense that will ensure the best possible outcome for your case.

Of course, the best way to avoid a conviction for a gun crime is to avoid accidentally breaking the law. Here is a brief overview of the gun laws in Georgia, as they stand in 2016.

One of the most important aspects of owning a firearm in Georgia is understanding what classification it falls into. Georgia Code Section 16-11-125.1 explains that a weapon is defined as any handgun or knife — a knife being any blade longer than 5 inches fastened to a handle and used for the intent of offense of defense. Firearms are divided into two classifications: handguns and long guns.

A handgun is any firearm from which ammunition can be shot and its barrel does not exceed 12 inches in length. However, it does not include any gun that shoots single shot ammunition of .46 centimeters in diameter or less. A long gun, on the other hand, has a barrel of at least 18 inches and an overall length of at least 26 inches. These guns are designed to be shot from the shoulder, with either shotgun shells or single slugs.

Georgia has only two laws on the books that dictate the purchasing of a gun. All other regulations come from the federal government, specifically the Bureau of Alcohol, Tobacco, Firearms and Explosives. This covers issues like 3D-printed guns, what counts as a relic gun, who can sell weapons and other topics. In addition, there are national laws that prevent certain people from owning firearms, namely those who have been convicted of a violent felony.

The two main laws that dictate purchasing a firearm in this state are Georgia Code Section 16-11-113 and 16-11-101.1. The first states that it is a felony to buy a gun on behalf of someone else. Attempting to persuade, bribe, encourage or otherwise entice a dealer to sell a gun to someone other than the actual buyer is a crime, as is someone who aids or abets that person. So, if you bought a gun for a friend who has a violent felony on their record, both of you could be charged with this crime.

Code Section 16-11-101.1 states that it is illegal to give or sell any handgun to a minor in most cases. However, parents and legal guardians can provide a handgun to their children, unless they know their child is likely to commit a crime with said gun. In such cases, the parents shall be guilty of a felony for supplying the firearm used in the crime. Said felony is punishable by 3 to 5 years in prison and/or a $5,000 fine.

Possession of a Firearm

Too often, “possession” of a firearm is thought to be synonymous with ownership of said firearm. However, these are two separate legal issues. If a person has control of a gun, they are usually said to be in possession of it. That being said, there are two main types of possession: actual and constructive. Actual possession is what it sounds like: having physical control of the weapon. So, having a gun in a holster on your hip is actual possession.

For the most part, if you are not engaging in unlawful activity, it is legal to possess a firearm. However, there are some exceptions:

Registration and Licensing of Firearms

The state of Georgia does not require any registration of firearms. In fact, it’s outright illegal for local governments to require registration when gun owners apply for a firearms license. Licenses are rather simple as well. There are only two types in the state of Georgia. The first, laid out in Georgia Code Section 43-38-10, applies to armed guards who are employed by a security agency. This license allows security personnel to openly carry a firearm while on duty AND while performing their duty. Further, it only covers revolvers up to .357 magnum and semi-automatic guns up to .45 caliber.

The more common application, the Georgia Weapons Carry License, is dictated by Georgia Code 16-11-129. For most people, this license is enough to be allowed to carry their firearm, openly or concealed, in this state. As long as you pay the $30 fee, pass a background check and handle a few other small requirements, you will be granted a carry license for 5 years. However, there are certain groups of people who will be denied a carry license. These include:

Where and When You Can and Can’t Carry a Weapon

This is perhaps the most important section of this entire page. Knowing when you can and can’t carry your firearm can keep you from behind bars. As mentioned above, you are permitted to have a gun in your home and vehicle without a license. This comes from Georgia’s “castle doctrine,” as stated in Code Section 16-3-23. You are allowed to use force, or threaten to do so, to prevent someone from entering your home. However, at least one of three requirements must be met:

In addition, you may carry your weapon on most open, public areas. In addition, you may also carry your weapon onto private property — including bars — unless the owner or manager of the property prohibits it. The Safe Carry Protection Act of 2014 recently clarified further where a gun may be carried, specifically into “bars, churches, school zones, government buildings and certain parts of airports.” Even though the “Guns Everywhere Bill” passed, there are still many areas in which it is illegal to carry a gun.

As you can see, there are many laws regarding guns that you must follow as a lawful firearm owner and possessor. Luckily, many of these laws are punishable by a misdemeanor if broken. However, there are many instances in which you may be charged with a felony. In either case, your Second Amendment rights may be put in jeopardy if you are convicted. That’s why you need an experienced gun crime defense lawyer by your side. If you’re facing gun charges in Atlanta, contact Kilgo Law today at (678) 842-4331 for a free consultation and case evaluation.